The third College Council meeting of the school year met on November 20, 2015.  Minutes from the previous meeting were quickly approved.

Other Business and Announcements

President Laackman attended 3 undergraduate classes, and was very impressed by the students’ and faculty’s work.

A smoking policy addendum asking that vaporizers and e-cigarettes be allowed has been proposed from some students.  A committee has been formed to look into this;  College Council members are invited to join (contact Leslie Averill).

A question was raised about the Calendar Committee’s next steps.  As of now, the Committee is officially on hiatus until Laurie completes the next exploratory phase.  A motion was put forward to the Council to submit the draft undergraduate/on-campus/online calendars to administration for approval.  The motion was carried.

Finally, there was an acknowledgment of two student groups representing the College in the 40 Hour Filmmaking Competition “Sleepless in Burlington.”  One group won the Audience Award.  A separate group worked over the summer and fall to develop an online voting platform for the competition.

The purpose of the Champlain College Staff Council is to advocate for the best interests of staff members; foster an environment of respect and fairness; and help build a sense of community by facilitating effective communication among staff, administration, faculty and students. This organization will provide representation in the larger College community, organize networking among staff members, and provide input to the process of planning professional development opportunities. For more information click here.

YOU BOWL ME OVER AWARD WINNER FEBRUARY 2021

YOU BOWL ME OVER AWARD WINNER FEBRUARY 2021

Staff Council is pleased to an… 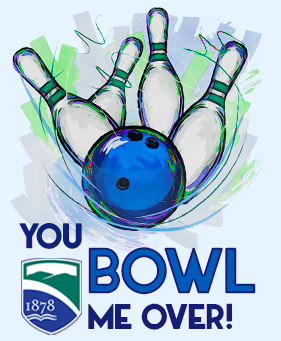 During these dark and cold win…